Recently I've tuned my focus to Europe in order to try to get a better handle on exactly what the hell is going on over there.  Well actually, whatever is actually going on over there will probably forever remain a mystery to all of us... hidden under so much paperwork, lies and spin that we'd never be able to get to the bottom of it.  Nonetheless, I want to know if there are any clues we can garner from across the pond if we just focus a little harder and do some meaningful analysis?  Yes, I think there are.

So here's a revealing study I've been investigating over just the past few days.  First of all, rightly or wrongly I think Germany holds the key to clues coming out of Europe.  Therefore, I want to know what the DAX would reveal if it were compared to the entire European banking system.  And what do you know... it reveals plenty.

We begin by putting together a chart of the DAX as if it were priced in units of the Dow Jones Europe Financials Index.  This would be similar to pricing the S&P 500 in terms of the BKX.  The only difference is that the study which follows is purely European.  The first picture we're going to look at is the monthly chart of the $DAX:$E1FIN (the DAX divided by the Dow Jones European Financial Index).  We have to look at the big picture first in order to see if there is in fact any pattern or relationship that suggests reason to investigate further.  And immediately, we see that there is.  The result is a ratio which in turn can be compared directly to activity within the DAX itself.  I've also added the European Financials Index as a separate entity in its own panel in order that we can look at all 3 at the same time and in the same context.  I realize it's a rather long lanky chart, but it contains a ton of information and there's not much point in presenting a chart that lacks useful data:


The first thing we want to know is whether or not any major top or bottom in European equities (using the DAX as the most logical proxy for all) coincides with a major change in the ratio.  In other words,
was there any sort of major shift in the ratio at the time that the DAX made a sudden change in trend?  If so, which of the components contributed the lion's share to that shift?  We also want to know what happened within the European financial sector at the time of that abrupt change.  In the pursuit of studies like this, occasionally it becomes apparent that there doesn't seem to be any such relationship occurring at all.  Indeed, there have been times when I have put together a study similar to this with the expectations that some sort of meaningful correlation would pop right off the chart, only to find that there in fact was none.  I can occasionally be surprised by such a revelation but hey... if I'm on the wrong track, I recognize that in a hurry, dump it and move on to the next one.  But of course, when we're talking about the German stock market and the entire European financial district in the same sentence, surely there has to be a meaningful relationship that can lead to clues?  And of course... there is.

Looking at the monthly chart above, what I was particularly stricken by is the incredible range the ratio covered between 2005 and 2011.  In those 6 short years, the ratio has tripled (exploding from a reading of 15 all the way to 45).  Another way to word that phenomenon is like this:  Between the years 2005 and 2011, the DAX had risen 3 times as much as the European equities had in percentage terms (the DAX had risen 300% of what the financial sector did over the past 6 years).  But in August, September and October of this past year, the ratio suddenly turned lower seeming to have surely put in a top... only to suddenly reverse and surge higher yet again.  This is a stunningly bad development because not only did the ratio turn back higher in September, but it began to rise at the steepest rate of acceleration ever.  This fact carries seriously dangerous connotations.  Something is going to have to give in a big way.   Either the current trend in the ratio, which for the past 7 years has been ever-accelerating with no sign of slowing down, is going to literally go parabolic, or it is going to reach some sort of limit and go into reverse.  We'll discuss the connotations a bit further down, but for now, in order to try to determine which it is going to be, we drill down a little closer and look at the situation as seen on the weekly chart below:


The most remarkable aspect that immediately jumps off this chart is the persistence in the acceleration of the upward trend in this ratio.  It is revealing beyond the shadow of a doubt that the weakness within the entire European financial sector continues unabated, in fact accelerating, in spite of weeks and weeks and months of dawdling and rumors and can kicking and lies and spin by the orc-controlled media propaganda machine.  In a nutshell... charts don't lie.  The European financial system is under-performing the equities markets in such a way, that if it isn't reversed, will simply bring down the entire complex.  Equities cannot continue to climb with banks collapsing.  There's no magic to this.  No prediction necessary.  It's just a fact that every thinking person would agree with.  It's logic that the bankers have absolutely no power to refute.

So now that we can see that there is a horrible situation in existence in Europe that is apparently worsening by the week, we can only look at the charts and admit that we don't know with any degree of certainty whether or not some sort of miracle cure will be produced in the weeks or months ahead.  All we can say with certainty is that as of this moment... no, the cure is not in place and it certainly doesn't appear to be anywhere on the horizon either.


So what are the implications?

First and foremost, we know that as long as the ratio is not only rising but accelerating, the European financial district is weakening further and further and faster and faster relative to the equities markets.  There is a limit to how far it can weaken before banks actually start collapsing.  If and when the first one falls, the entire financial sector would be on the verge of collapse.  The ratio would likely go parabolic as some members within the financials community finally literally collapse.  At some point the whole charade would be exposed, equities markets would finally exhibit the effects that are long overdue as well, and the stock markets would hit the skids.  From that point forward, the only thing that could possibly save the equities markets would be some sort of miracle that caused the financial sector (the entire European financial sector) to be given new life and to begin to strengthen at a faster rate than equities.  I don't see how that day could possibly arrive until some point likely years from now..  The time has arrived for a real cleansing and I don't think there's any way of avoiding that now.

I don't think a cure exists.  I don't think the dark masters can conjure one up at this point.  After all, what they're fighting here is at least 3 decades of credit creation and insanely wild spending sprees.  The US military's black ops budget alone for example, is reported to be in the trillions.  Who knows how much money that represents?  But whatever it is, it has been borrowed and American citizens are paying the tab for it.  And so will their grandchildren be paying for it aeons from now.  The same type of irresponsible borrowing and spending like drunken sailors has gone on in Europe for decades as well.  And it's all come home to roost.  The piper is demanding his payment and he will not be denied.  Nope, although I don't profess to know with any degree of certainty, it's my belief that the only way the piper is going to be repaid is for the entire expansionary mantra of the past three decades to be unwound.  Doesn't that just make sense?  If your credit card has reached its limit and your income just fell, you're not going to get out of trouble by having the brain-dead banker offer to expand your credit limit.  It just doesn't work that way.  Not for you, not for me, not for a small manufacturer, not for a huge corporation, not for a municipality, not for a sovereign government and not for the FED nor the ECB.  Unfortunately, a deflationary collapse seems to be the only logical event that could provide any permanent fix.  Painful as hell, but the only real fix there is.  Somebody is going to go broke.

And finally, I provide one more reason why I believe the deflationary route is probably the path the economic world is going to take, I present one chart from an article that will be published on Jan. 3rd.  It's from a re-visit to the study on the S&P 500 as it appears relative to commodities only related stocks.  As you can see in the chart below, over the course of the past 13 years, the ratio of $CRX:$SPX also displayed the same sort of unmistakable and stunning series of ever-accelerating trend lines.  Until just a few months ago that is.  In this case, the ever-steepening trend lines are suddenly being penetrated to the downside.  Don't expect to see that happen in the $DAX:Eurofinancials chart.  Although it's not yet conclusive, and in my view won't be until the 13 year trend line is decisively breached, the implications of the recent happenings in the chart below are clear... the great unwind appears to already be in progress.


I only wish I knew the answers with certainty folks, but I don't.  I don't know anybody who does.  All we can do is to analyze various situations and relationships and draw the best conclusions we can.  All we can do as technicians is to put the odds in our favor as best we can.  And right now, the evidence is all pointing in the same direction.  Deflation seems to be in the cards and unless the banking monsters of the world can come up with something heretofore unthought of in order to delay the inevitable for a few more years, deflation it will be.  At the moment, they are not winning that battle.

As is the case with most studies that I do of this nature, I won't be dropping this ball any time soon.  I'll be monitoring the developments as seen in the charts above as we move forward with expectations that it will continue to provide very useful evidence as events unfold.  If anything really outstanding develops you'll find a follow-up right here at some point in the future.  Until then, I wish each and every one of you the very best for the coming year and hope 2012 is the best year of your lives so far.  I don't see why it can't be, because since you've read this far, you and I both know that at least you're looking at all possibilities.  That's a whole lot more than what 99% of investors do.  Thanks for reading and all the best going forward. 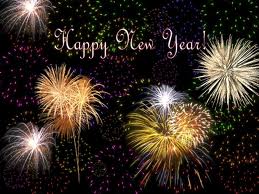 Posted by Albertarocks at 8:06 PM