So The HO Issues A Signal. What Happens Next?

Without doubt, the biggest problem with the Hindenburg Omen indicator is its name. If I could remember where I'd read this I'd post the source, but the inventor of the HO, Jim Meikka even said he wished it didn't carry that name. If I'm not mistaken it was given that handle about 32 years ago when it was invented as an offshoot of an indicator being used by Gerald Appel, himself the inventor of the MACD. Pretty good company. In any event, the unfortunate name is one surefire way to draw the wrong kind of attention, because it implies that once a signal is issued, the world is going to crash and burn... something like this:


The second biggest problem with the Hindenburg Omen could best portrayed by the following discussion:

Mike:  "Oh man, I've been sweatin' my ass off too trying to dump all my stocks.  Damned near had a heart attack with so much goin' on.  The Hindenburg Omen went off and I sold all my stocks.  My broker was trying to tell me to settle down but I told him to just "shut up and dump the whole works".  They're all gone as of today and I went short with every penny I've got.  Gotta run, I've got a meeting with a guy who's interested in buying the Audi.  I'm gonna raise some more cash and short Apple with it."

Brian: "Holy smokes, this sounds serious.  What happens when the HO goes off?"

Mike:  "I dunno, the market crashes I think."

Brian: "You think?  How do you even know it went off?"

Brian: "Who in hell is Maria?"


Mike: "Oh, she's my neighbor's maid.  She told me just as she was crawling out the bedroom window last night.  The wife came home a day early.  Christ  I've got a hangover."

The problem is the source of information.  I can't count the number of times I've seen some run of the mill website, or even main stream media, declare that the HO issued a signal when in fact it wasn't even close or in some cases when the HO wasn't even on-line and hadn't been for 4 weeks due to a rule violation.  Is it any wonder there are so many debunkers who consider the HO to be a load of nonsense?  If they'd just stop listening to the Marias of the world they'd be half way there.  Then... if they only knew what the HO was monitoring they'd drop that silly debunking attitude in a hurry.  It's simply math.  When a normal healthy market is registering something like 400-600 new 52 week highs every single day... that's a good thing.  When the day arrives that that same market is only registering 90 new highs and 150 new lows, that's a bad thing.  The HO goes off when that bad thing happens.  That's all there is to it.  With one caveat... the HO is extremely strict in its requirements.  It doesn't go off just because it's got a hangover and just feels like puking like our friend Mike.  It goes off when market internals stresses are so severe that the odds are very high that something far bigger is brewing than what appears on the surface.


Ok, so what happens next?

First and foremost, an 'initial' signal is not any sort of magic switch that insinuates that the markets are going to fall from that instant on.  Nor does it insinuate that a 30% decline will occur within the next 30 days or anything even remotely that defined.  In fact it's entirely possible that the HO will issue a signal on an up day or a down day.  On the very day or days following a signal, the markets might very well go the other direction.  We have to be cognizant of wave patterns, overbought or oversold conditions, etc. and if you're a day trader or swing trader, just trade as you always have.  It's just that a bearish bias should now be your preference.  For those squeamish about shorting the markets, it's definitely a signal warning you to at least get out of the market.  To go to cash would be a great bet in that case because if stocks suddenly turn lower, odds are very high that the American dollar is surging.  You'd be just fine in cash... not very aggressive, but safe.  Here's how it works:

1. Once an initial signal has been issued, a second signal (the 'confirming signal') must be attained within 36 days [Dr. Robert McHugh].  That confirming signal could happen the next day or the next week.

2. When the "confirmed HO signal" has been issued it is valid for 30 trading days [Jim Meikka, creator of the HO].

3. Once an official HO signal has been issued in accordance with the two rules above, the odds of various corrections occurring are as follows, according to the records of Dr. Robert McHugh. These are not predictions nor speculative guesswork. They are a cast in stone record of what has happened in the past:

To put that paragraph in an easier form to reference, here's how it breaks down based on past performance: 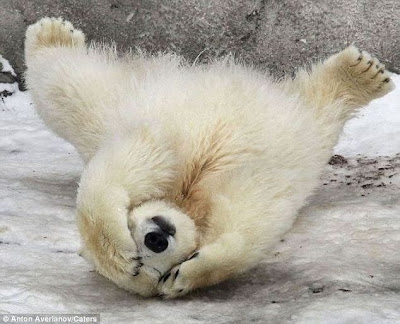