Two weeks ago today I wrote a short piece wherein I expressed my dismay at the mixed signals the market was issuing and described the reasons I was asking "Why Does It Agonize Me To Get Bullish?"  As luck would have it, there were a couple of non-readers out there who, upon reading that 'title' quickly got up on their high horses and eagerly reported to the world that "AR is calling for 1450 on the S&P.  Short the hell out of the markets!"  lol  And of course that wasn't the case at all.  But I was open to higher prices and even declared that 1450 was attainable.  However, I made it quite clear that I was very uncertain.  Nor did I have any reason to disparage anyone else who was envisioning higher prices.  Besides I'm not the disparaging type (as far as respecting other analysts is concerned) because I just don't have a good enough crystal ball to be that arrogant. Nobody does!

Had those couple of nincompoops (Disparaging?  Maybe a bit... they're trolls which makes it ok lol) employed the common courtesy of at least reading that article before running off and screaming with their hair all aflame that one writer (who is perhaps known for having bearish leanings from time to time) had suddenly "gone long at the top", they would have understood what I was seeing that was causing such tormenting conflicts about the markets.  Those people had better read this piece a bit more carefully too because at the end of it there's going to be a quiz.  In any event, had they read that article instead of pretending to have read it, they'd have discovered why there was such anguish in seeing so many signals that appeared to be bullish at a time when there were also several signals that were in direct conflict. I also went on record as saying "Of course I reserve the right to change my mind but unless we see Monday's (April 23) low of 1358.79 get taken out, I'm going to assume we're heading higher."  But contrary to those bullish signals of two weeks ago, that 1358 level has been taken out and those signals have since turned lower.  What a difference a week makes.

Let's face it, calling market tops is a tough gig because while markets tend to want to tire naturally and cyclically, there are powers that be who have no interest in letting the markets drop at all. As the old wisdom goes, "market tops are a process, bottoms are an event".  So it stands to reason that during the slow rolling over phase it's not really out of the ordinary at all for various indicators to get out of sync as they too begin to enter the transition phase, one at a time. But of course when the trend in equities is on a roll, it begs the questions "Why try to call the tops at all?  Why don't we just recognize the larger trend and simply go with the flow?"   Because there comes a day when various measures begin to indicate that although the market trend is indeed still 'up'... it shouldn't be. 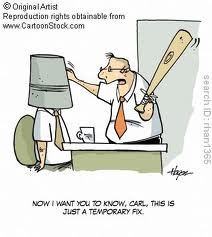 The day eventually arrives, as it always does, when the markets get to the point that by all rights they literally should be taking a much needed breather but refuse to do so... instead just continually extending gains or beginning to head sideways in what appears to be a consolidation with a bullish bent for weeks on end.  As we all know, corrections are healthy and normal.  In fact they're as normal as say... well, farting.  But when the power brokers possess the corks and know exactly how to insert those stopgap measures so forcefully so as to completely alter the natural flow of normal everyday fluid dynamics, they're just delaying the inevitable and invariably setting up a final result sure to be more violent and unnecessary than would have otherwise been the case.  More often than not when the manipulators push the limits to such incredible extremes as seen in the markets today, the result is sure to be... well what would one call it... uh... a bit of a shitstorm. Please excuse my language but that particular word just seems so darned appropriate to describe something that now appears to lie dead ahead that none of us wants to deal with... courtesy of central planning.  Who in their right mind would want to, or would even dare to stay long when the markets have gotten so abnormally, artificially and dangerously bloated like they are today?  Especially in the face of new developments and new bearish signals such as those shown in the chart below?  I guess it depends!

The efforts that the power brokers have gone to in order to delay the inevitable are unprecedented.  They have been able to pull off the near-impossible... to hold Wylie Coyote suspended aloft while he awaits his certain doom.  Then calmly, they just slide the entire cliff over ten feet and our friend Wylie lands firmly on his feet to live another day and ponder the question "Why in hell am I not dead right now?"  Needless to say, this type of horribly dangerous market interference just isn't normal or healthy.  It's downright destructive in the long haul and scary as hell.  But when we get valuable signals like those seen in the chart below we should consider ourselves very fortunate to have been so warned.  In no way am I saying the markets couldn't still head higher.  It's just that the indications on the chart below are saying "not any time soon buddy".

I'll just present one chart... a daily chart of the S&P 500 with 3 critically important and very informative market internals measures, each in their own separate panel.  All 3 are finally in sync not only with each other but with the market as well:


I'm not even going to bother to go into detail about 'why' those indicators are so bearish, not even going to talk about the divergences nor the fact that for the first time in a very long time, not only are they now putting in a lower low, but are getting confirmation from a lower low in equities as well.  When was the last time we saw that happen?   The annotations on the charts should be sufficient to get the point across.

Just to make it clear, all three of these market internals metrics have recently turned decidedly bearish.  Two weeks ago that was a different story.  With the bounce off the April lows, those same indicators had suddenly flipped slightly higher and that of course threw an entirely different (and newly bullish) metric into the mix.  Admittedly, in theory those indicators can just as easily flip right back up yet again and become bullish one more time.  Another $trillion might do the trick.  But without further stimulus, as irrational and toxic as QE is, those indicators are likely to continue lower.  How could the markets possibly be turning bullish again while the world is currently undergoing the most deflationary events in the history of mankind (not to mention the threats of so many more to come).  On top of that, how could we take it seriously when those indicators were turning higher two weeks ago in spite of the fact that many of the larger moving averages were indicating a bearish scenario was unfolding?  That's what I was struggling with... the market internals were tuning bullish but other indications were that the larger trend had turned down.  That's a great way to get a headache.  Another is to have a beer with my neighbor when his wife is home.

So now you know what made me ask "why does it agonize me to get bullish"?   Don't get me wrong... I literally want to be bullish.  I can't wait for the day when I can be bullish and believe wholeheartedly in it, complete with logical reasons to be long and with technical analysis that says "you bet, get as bullish as you want... the markets are headed much higher".  But those days are years in the making... literally years down the road.  I didn't say higher prices weren't possible... I said it would be 'years before I could be comfortable that being bullish makes any logical sense at all'.  So if the indicators were to flip higher yet again and tell us to go long, I'll just go rob a bank somewhere because with logic that distorted I should be able to walk out with a suitcase full of cash and go for coffee and doughnuts with the cops who showed up to arrest me.  No worries... they'll forget what they went to the bank for.  That's how illogical the world has become on so many fronts these days.  So many things are just not what they seem.

So we await the market action over the next week to ten days and see what transpires.  But with the internals heading lower like we're seeing in the chart above... equities ain't going any higher with conviction.  They can't, not as long as those indicators are breaking down.  They would have to turn higher and are clearly not in the mood to do so at this time.  And until they do... a bounce to perhaps 1380 is about all we should expect.

Best of luck with your trading and until next time... 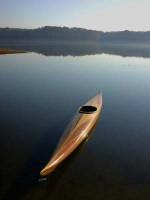 Answer to today's quiz... "has just wiped your arse".