As we all know, when a market is in a bullish cycle it stands to reason that with each new day some of the stocks in that index attain a new 52 week high.  When the market re-opens for the next trading day, the number of stocks hitting a new 52 week high is reset to zero and we start counting all over again.  And naturally, when that same equities market reaches its ultimate peak for that cycle, those stocks which were strongest will begin to decline as well.  In other words, if the market puts in a peak and begins to decline, the number of new 52 week highs will decline with it... always.

But what happens when the market is surging and yet the number of new 52 week highs begins to decline anyway?  That's a very serious (and reliable) signal that something is going wrong with the market internals.  In fact, that's when the Hindenburg Omen indicator sits up in its chair and starts taking notes.  As a matter of interest, this metric of 'the number of new 52 week highs' is one of the components of the HO indicator.  On that topic, by now all my followers know that I have an ongoing post regarding the Hindenburg Omen on this site as well as one which I've been conducting at Seeking Alpha for 28 straight months.  I purposely let those two posts go quiet when there is basically nothing to say on the topic.  That way, when I 'do' update those HO posts readers realize that most likely something is brewing and the update is worth reading... it won't likely be idle chatter.  My friends like to chat (I've never been accused of that though) but the HO posts are one place where we keep that to a minimum, at least until the HO once again becomes a relatively hot topic.  The chart below indicates that day may be fast approaching:

This daily chart shows the NYSE as well as the 7 day moving average of the number of new 52 week highs it generates (orange line).  The line representing 'the new 52 weeks highs' has been made invisible in order to reduce the noise.  It has become abundantly clear now that the number of new highs has begun to decline even as the market continues to melt ever

I just want to bring your attention to something that is developing in the realm of 'complacency'.  The chart below measures the price of the S&P 500 in terms of the $VIX.  It answers the question "how expensive is the S&P if we had to pay $VIX units to buy it"?  By historical standards, at the current price of 75.83 VIX units the S&P it isn't expensive at all.  Why back at the April 2011 peak, one unit of the S&P cost 93.25 VIX units.  So when we compare the two, with the S&P now back to basically the same level as it was at the April peak, it is now 23% cheaper in terms of VIX units.


But not so fast there Newt... this isn't necessarily anything particularly positive.  To the contrary!  Let's put this into proper perspective.  At the instant before the market crashed back in April investors were pretty darned nervous that equities might be dropping soon.  They were right.  Today, with the S&P back to the same level, it could be said that investors are now 23% less

The Leadership of AAPL - A Potentially Dire Signal Is Issued


Very often when an index begins to lose leadership from its general the entire complex soon finds itself in big trouble.  If there was ever an index that had a singular more important hard-core heavyweight leader than the Nasdaq 100 has in AAPL, I’d like to know what index that was.   AAPL makes up a full 17% of the market capitalization of the entire $NDX.  So obviously when an enormous corporation like AAPL starts to take a bit of a bruising, it behooves us to take a real close look at what’s going on. 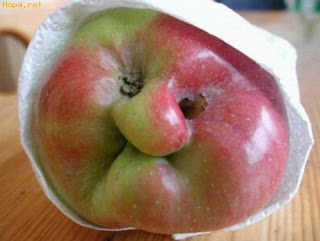 The enormity of the effect that AAPL has on the entire $NDX can’t be overstated.  Only last April its weighting had been reduced from 22% to 12%.  Today, only 10 months later, that weighting has made another astonishing burst back up to 17%.  The only other heavy hitters in any index that I’m aware of which even comes close to having the weighting that AAPL has, are Simons Property Group which makes up approximately 10% of IYR (real estate ETF) and IBM which makes up about 12% of the DOW.  With a market cap. of $446 billion, AAPL is now slightly greater than twice the size of IBM.  The bank account?  With $98 billion cash on hand, AAPL now sports a cushion 6 times that of IBM.  If AAPL really wanted to buy something nice they could certainly afford it.  May I suggest Greece?

Before we dive in, just a few notes for clarification.  I don't mean to insult anyone here, but it has come to my attention that there are some people whose eyes glaze over when dealing with a chart that is made up from a ratio.  There's nothing to it really.  In fact, all currency crosses are the same thing... just a ratio:

a)  When viewing ‘any’ ratio chart, think of it as a ‘leadership gauge’.  In all cases, what we’re really doing is dividing the component on the left side of the ratio (the ‘numerator’), by the component on the right side.  In this particular instance, AAPL is the 'numerator' and is 'the component being judged' for leadership and not the Nasdaq.  But of course the ultimate goal of any

A few days ago commenter Rob submitted a chart showing a breakout in the USD vs. the Yen which only shows up in a log scale chart.  The chart below shows the huge breakout in the dollar that Rob was alluding to:

A few days later, GregInBaltimore correctly pointed out that my Weekly Yen chart was not showing such a profound breakdown as was Rob's chart because I was using a linear scale.  And of course, Greg is right... I should have been using log scales for

I saw something scroll across the old TV screen this morning that kind of made my blood boil just a little bit.  It was a scrolling text that appeared on BNN which said "Nasdaq Hits 11 Year High".  Now normally BNN, which is by far the best Business News Network on the planet that I'm aware of, doesn't get into very much cheerleading.  And when declaring that the NAS had hit an 11 year high... in nominal terms they were telling the truth.  But a headline like that just infuriates me because it's designed to give the impression that the equities markets are doing real, real well.  They aren't!  I decided to demonstrate that fact by showing how the equities markets have performed in real terms during those same 11 years.

In the chart below, we take a look at the NAS 100 as it has performed relative to real stuff... some of which are things that we use for our day to day activities and indeed our very survival.  I would have preferred to have been able to have included more commodities but unfortunately StockCharts does not yet offer commodities charts.  So we'll have to use the $CRX, which is an index of commodities only related stocks as a proxy for the broader commodities markets.  Some will argue that gold and silver shouldn't be on the chart either.  But I would ask those people this question: "11 years ago would you rather have purchased $100,000 worth of shares in the NAS 100 or $100,000 worth of gold bars?"  End of discussion.  We move forward.

The weekly chart below goes back 11 years, and we examine what has happened with the price of various asset classes since that time.  All of them begin at zero:

And sure enough, just as BNN reported, the NAS 100 has indeed returned to it's price of 11 years ago.  It has regained all the losses it had incurred since late 2000, which is actually a bit more precise than the 11 years claimed by BNN..  In any event, the bottom line is that the NAS 100 has gone nowhere in the past 11 years except to have made a round trip to hell and back.  After 11 grueling years, it is now FLAT.  YAY!

In the meantime, during that same period West Texas Intermediate is up by a whopping 247%.  Had an investor purchased $100,000 worth of NAS shares back then, he would now have all that money back.  WHEW... that was a close shave!  But it kind of makes a person think, "Geez, I kind of wish I'd bought oil instead."  And why not, because that same investment would be worth $247,000 today.  Let's not even talk about silver.  On second thought... let's.   Had that same investor purchased silver instead,