We’ve all heard the cliché about Dr. Copper.  It’s so cliché by now that I’d almost be embarrassed to repeat it.  But Dr. Copper's PHD has more to the fact that the price of copper is a relatively good gauge of the health of the underlying economy than offering a true reflection of the health of the equities markets.  After all, the action in the stock markets has become so disconnected from the real economy (in essence, from 'reality') that one sometimes has to wonder whether the stock markets are even going to exist in their present form a decade from now.  But how distorted are they?  How do we measure that?  What I’d like to demonstrate here is that copper, as a truly fitting representative of the entire industrial materials basket (commodities), also relates to the stock markets in such a way that it can provide us with sound signals about the future direction for equities.  And at this time, copper appears to be issuing a rather stern warning, a warning that in the past has been very accurate and dependable… to get the heck out of equities. 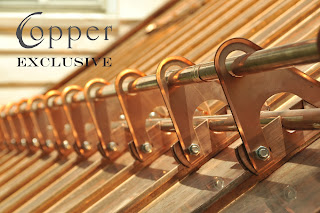 In the past, we have seen charts showing the S&P 500 when it is priced in terms of various other vehicles... gold for example.  Those studies are very interesting and offer some guidance about whether or not investors are really getting ahead after inflation is taken into account.  The unfortunate problem with that particular gold analysis is that the price of gold has for decades been clandestinely, and later proven to be, manipulated.  Clearly, it still is.  Gold had been held down by those who wish to hide the fact that the only real money “is” gold, and that the illusion of a soaring stock market is just that… an illusion based on ever increasing liquidity that continuously and severely erodes the value of fiat dollars.  No folks, when the equities markets are soaring, you are not getting your money’s worth.  But the global banking oligarchy doesn't want you to know that.  So
the sad truth is that any analysis that uses gold as one of the component comparators is flawed, thanks to the likes of JPM.

So in an effort to provide a more accurate picture of the real effects of inflation, I presented a study back in April of 2011 which showed the S&P 500 as priced in oil.  Needless to say it offered a much clearer picture of the real value of the S&P and was indeed very revealing.  Disgustingly so, because that study exposed the fact that while equities had indeed soared in nominal terms since 1999, the price of oil had actually increased at 870% the pace.  For anyone who might be interested in reviewing that particular analysis it can be found here.

But alas, even the oil market is not immune to manipulation and price changes caused by unpredictable geopolitical issues.  What we need to do is to compare equities with a market that is more dependable and steady, less prone to price manipulation.  So we're going to investigate the S&P 500 as priced in one of the most widely used materials consumed in a healthy and growing ‘industrial’ economy.  And there's no better commodity to use for that purpose than copper. 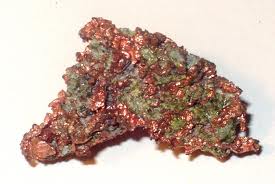 In general, when the candles on the ratio are falling, the S&P 500 is underperforming copper.  Or more importantly, when the candles are falling, copper is rising relative to equities.  At times like that, when copper is in high demand (when the candles on this chart are falling) we can be pretty certain that two phenomena are occurring: a) the global economy is robust enough to be creating demand for copper and therefore driving its price up faster than the gains in a raging equities bull market, and b) commodities prices in general are rising right along with copper.  They always do.  It shows that inflation in ‘real goods’ is indeed occurring at a faster rate than in what otherwise appears to be a soaring equities market.

But the opposite is also true, and the implications are quite a bit more sinister.  When the candles on the ratio are rising, as it now appears they have every intention of doing, the S&P 500 is outperforming copper.  Said another way, when the candles on the chart above are rising, copper is falling relative to equities.  In other words, deflation pressures are gathering and it's beginning to show up in commodities first.  It will show up in equities in short order.

There is pretty much only one reason for copper prices to suddenly reverse and start falling at a faster rate than equities.  Contraction!  And as has occurred so regularly in the past… this recent reversal in that trend has also been rather“sudden”.  As can be seen on the chart, peaks in this ratio very often take the form of ‘island tops’.  It's important to recognize whether these island tops occur after a sustained uptrend in the ratio or after a sustained downtrend.  In other words, is it an exhaustion gap?  Or does it represent a breakaway gap?  The moving averages on this chart are indicating that this ratio is likely to rise further.   The shape of the overall pattern since the beginning of 2009 suggests that the ratio may be on the verge of a very sharp movement out of what appears to be a sustained and impressive ending diagonal.  Does that aspect of this chart look familiar?  It should… it is perfectly logical that this chart appears to be resolving in a pattern somewhat similar to that of the US dollar.  The equities:copper ratio, along with that of the US dollar, suggests that inflation does not appear to be in the cards at this time.  Instead, despite my distain for the FED and everything it stands for, when Mr. Bernanke speaks of not seeing inflation as being a big problem, what he really means is that he's doing all he can to keep that deflation genie tightly corked up in that bottle.  He's speaking the truth.  And he appears to be losing the battle. 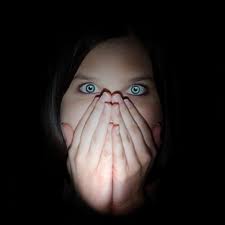 What we’re seeing is a rather alarming indication that copper has most likely entered a phase of diminishing demand, a trend which isn't likely to reverse to upward any time soon.   That my friends is a huge ship on the global economic ocean… it takes a sea-change to reverse its course.  No matter how we slice it, no matter how much copper the Chinese citizens have sitting in their back alleys, the phenomenon of copper suddenly underperforming equities is not only a scary sign of an economy that is not firing on all cylinders, it is also a signal that deflation in real goods (materials) is beginning to take hold,  And as has been the case in the past, once that ball gets rolling the whole money expansion phenomenon will likely start to unravel fairly quickly.   Considering the level from which we are starting this journey, after decades of money creation thanks to epic amounts of irresponsible credit expansion and borrowing on behalf of governments all over the globe, there is every potential for the coming deflation to be so mind bogglingly crushing in percentage terms, that most of us can't even envision it.

In conclusion, no doubt at some point we will see some form of Weimar-type inflation that everyone is expecting.  But it appears that that era might have to wait its turn.  Signs are pointing toward a possible deflation event first, because over the past 13 years or so money has flowed into commodities faster than anywhere else.  But with the type of evidence revealed by studies such as this, showing that deflationary forces are building, it now appears that those funds are in the process of retreating from high risk assets just as fast and most likely faster.  It wouldn't take much to turn it into a panic-style event.
Posted by Albertarocks at 10:50 AM