The Fiscal Cliff - A Beautiful Thing

Earlier today on Pretzel Logic's great site, a commenter posted a couple of charts for silver.  They give the impression that silver probably wants to fall further.  And judging by the weekly chart for silver it becomes apparent that it has basically been range-bound for about 15 months now, fluctuating roughly between $26 and $36.  True, that's a big range... one that has even been tradeable for those who don't mind a sideways market where moving averages become problematic and momentum indicators take over as the keys to finding entry and exit points.  But the point I'm driving at is that it appears silver will most likely be heading lower over the next couple of months at least.  Same story with gold.  It's even difficult to know which of those two would decline the most in percentage terms because the gold:silver ratio itself is also headed more or less due east.  But a closer look gives the hint that for a short while at least it will most likely be gold that outperforms silver.  A few weeks down the road though their rolls could reverse.  However, while all this is happening I think both metals will be falling.  Silver continues to under-perform for another 2 weeks or so, then gold takes over and begins to fall harder than silver, catching up.  Even if these views don't pan out exactly right, there's a much more important theme that I'm heading towards here.  On a side note, if you'd like to see an example of how 'great' analysis of Elliott Wave Theory should be presented take a look at the most recent installment by Jason Haver at Pretzel Logic's.  Amazing work.

If that brief analysis is correct, it would imply that the dollar should start to climb.  What in heck could cause that to happen?  The fiscal cliff, that's what.  I think the crackheads in congress are going to allow the budget to go over the cliff but I highly doubt that is going to be nearly as bad a thing as everybody seems to fear.  When was the last time your household suffered as a result of you tightening your spending belt?  In the short term, yes it causes some discomfort and probably a few weeks without your $7 Starbucks coffee and your favorite expensive ice cream before bed every night.  You'll eat ice cubes instead and pretend they're ice cream.  And somehow you'll survive.  Six months later you find out that by golly you've got one of those nagging debts already paid off.  A great start.

I think that's what's in store for the USA... the budget goes over the cliff.  Equities get slammed and probably hard and fast.  The dollar soars due to increased confidence overseas that maybe there is some fiscal sanity left in the USA after all.  So even though the mighty Thorin Bernankenbeard is going to print trillions more dollars, he's going to need them in order to continue buying up bonds... bonds that are likely to become even more expensive thanks to the fact that the entire global population will have earned a new respect for bonds as a proxy for slightly more fiscally responsible dollars.  If we go over the cliff, the following trades could pay off handsomely; long TLT, short gold and silver, especially silver, long the dollar and short equities.

That scenario does not represent anything even remotely resembling the end of the world for the USA.  It will at first but that would be a misguided view.  In the long haul it would be magnificent if the stupid bastar bastages in congress pull off the surprise of the decade and just let 'er roll over into the abyss... just like the party-boy who fell out the bedroom window of his girlfriend's apartment on the 34th floor, screaming like a 6 year old girl all the way down... and survived.  He survived because he only fell 3 feet onto the nice balcony just below her window sill.  He stood up, realized that he was still alive and had an instantly renewed appreciation for the beautiful view of the great city sprawled before him.  Then he barfed over the balcony.  But that was only because the bugger was pissed to the eyeballs... a totally irrelevant factor.  Why else did you think party-boy fell out the window?  But that's all that would happen I think... America falls out the fiscal window and crashes 3 feet below on a nice lawn.  There's hope after all.  Equities would get slammed but the country wouldn't.  The economy certainly wouldn't start to improve immediately, but over the long haul without a doubt it would end up far better off as compared to what it will look like if nothing at all is done to curb the annual deficits and the overall debt.

To me the views expressed above make the most sense "as long as we go over the cliff", which is what I think is going to happen. If that's what happens, then this article by Bill Patalon, executive editor of Monday Morning would go a long way toward explaining 'why' I could be right about all this.  I admit that I couldn't possibly quote the actual numbers like Mr. Patalon did so I wouldn't have been able to explain in defined terms why I hold the views I do... only in general logical terms such as "it makes sense that your household debt will become more manageable if you stop spending like a drunken sailor".

So don't fear the cliff my friends... embrace it.  Rejoice and short the hell out of equities for a while.   Not yet though, we have to wait until some time closer to the announcement that a deal has not been reached, that it's too late and that we're going over the cliff.  I'd fully expect equities to keep soaring almost until the last moment, based on hype, lies and spin stating that the likely outcome will be "Yay, we've all been saved!  Yay, we're not going over the cliff, we're going to go hopelessly further into debt.  Yay!  We're all saved!  Santa has arrived.  See, stocks are soaring.  Everything is great because we're stupid!  Yay!"  Horsepuckies... the cliff would be the best thing to happen to America in two decades.  But not for equities, at least not at first.

In case I don't publish anything else between now and Christmas, let me take this opportunity to wish each and every one of you the most beautiful Christmas you've ever experienced. 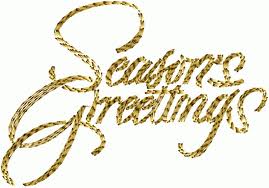 Posted by Albertarocks at 7:19 PM